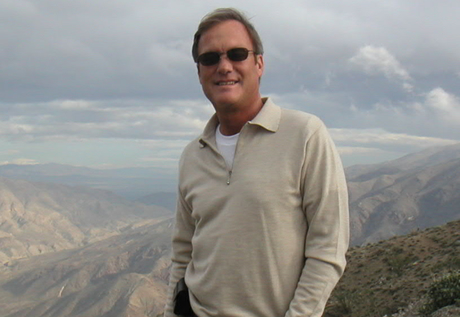 History of the Iberoamericana University Foundation

In the late 1980’s “The Iberoamericana University Foundation” was established in San Diego, California and recognized as a non-profit organization under the 501(c)3 code with the IRS. The Foundation’s primary focus during the early years was to raise funds in support of the construction of the Jesuit University in Tijuana, Mexico.

The new Iberoamericana University in Playas de Tijuana opened its doors in 1990, after several years of renting space in downtown Tijuana. During those initial years, two Jesuits (Alfonso González Quevedo and Agustín Rozada) where able to encourage friends and benefactors from the greater San Diego area to support the effort to build this campus in a beautiful area of Tijuana, overlooking the Pacific Ocean.

Behind the University we witnessed a rapidly growing neighborhood take form, due to human migration flows from the interior of the Republic of Mexico and the spike in employment with the expanding “maquiladora” industry. As a result, some of our neighbors began to request pastoral care from the Jesuits teaching at the University. So in 1998 another Jesuit (David Ungerleider) decided to re-activate the dormant Iberoamericana University Foundation to actively seek funding on both sides of the border in order to build a Chapel in the upper corner of the Campus to accommodate our neighbors for Sunday Masses. The colonial-mission style chapel, with 117 bails of hay in the interior walls covered by a cement adobe effect, was completed in the year 2000. Please see: https://uia-foundation.org/project/sacred-heart-chapel/

Our next “adventure” as a Foundation towards the end of the year 2001 was to build the first state-of-the-art Library for Tijuana in the very center of our campus and open to the public. With the initial support of the Fimbres family and the Lannan Foundation, we were able to stir up enough interest and complete this much needed facility by the Fall of 2004.
A year prior to that, in September of 2003, we took on another project: the construction of a Gymnasium-Auditorium. The fervor for more sports activities and with the support of Rodolfo and Norma Aquilar, as well as the Porticus Foundation, we were able to complete construction of the Rafael T. Orendain Gymnasium by the spring of 2006. Please see: https://uia-foundation.org/project/library-in-tijuana/

Our final project on Campus, again with the assistance of Porticus and the University of San Francisco, was building the Manresa Retreat House at the very top of our Campus. Construction began in March of 2005 and was completed in November of 2006. Being the only facility of its kind in the greater Tijuana region, it offers 27 ocean view rooms with beautiful gardens, a chapel, conference room and dining hall. Please see: https://uia-foundation.org/project/casa-manresa/ and its dedicated website: http://www.casa-manresa.org

Since then, our Foundation has been instrumental in securing funds for the Tarahumara Children’s Hospital in Creel, Chihuahua, the Asentamientos Tarahumares in Chihuahua City, Las Islas Marías Correction Facility in Nayarit, the Ayuuk Indigenous University in Oaxaca, and Fomento Cultural in Mexico City. We also support the Loyola Foundation in Mexico City, which funds numerous projects in the communitarian and social realms throughout the Republic of Mexico.